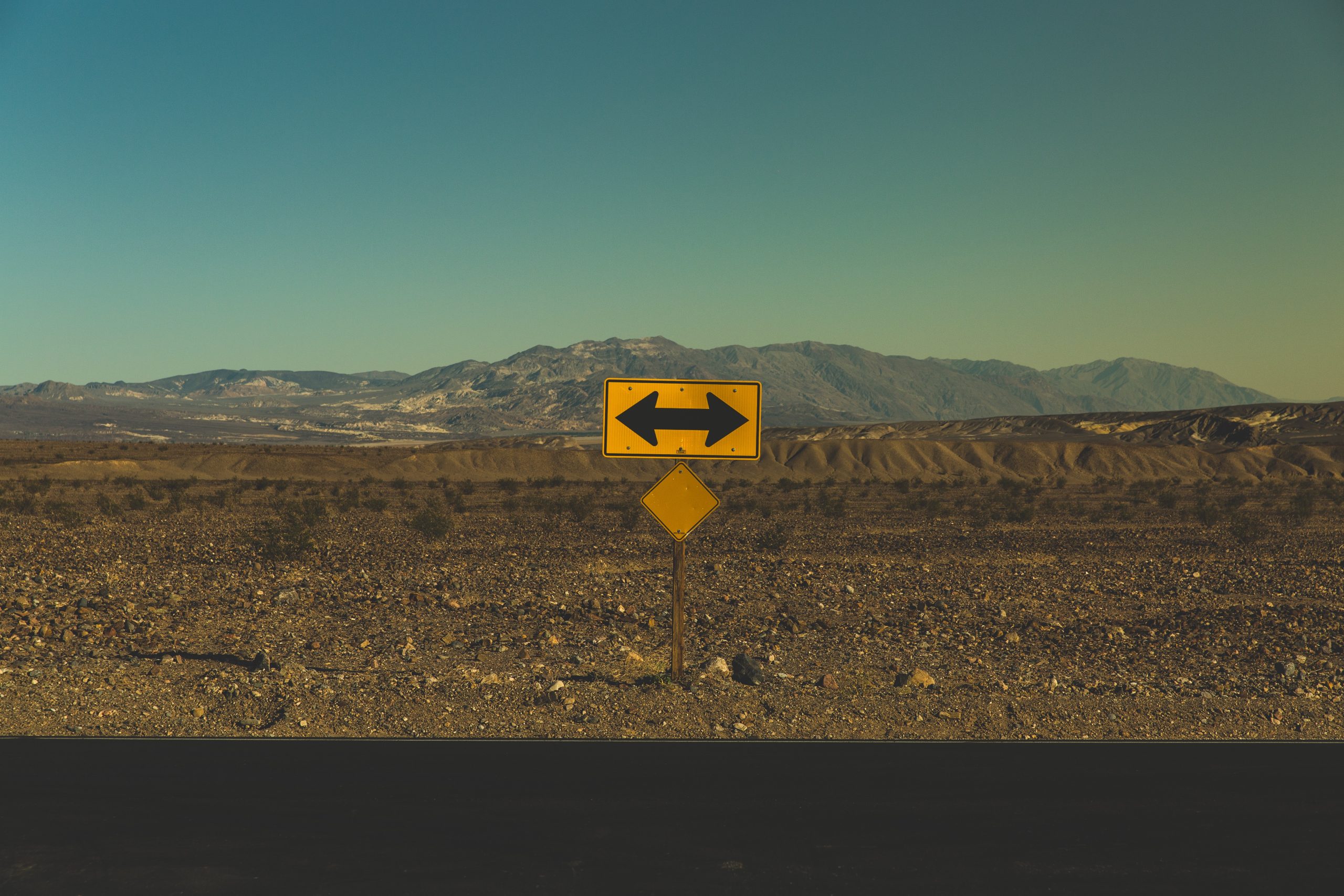 As you must remember, dear Bohemian, my first post was about being an expatriate. What? You don’t remember? Well, it’s ok, I still love you…  And you can check it anytime, no rush…

Anyway, I thought it was a good topic to begin with since I’m a foreigner myself who enjoys inviting other souls to the realm of my mundane expat life and not-so-mundane thoughts… And because most of them are so damned funny. Who’s not up for a good laugh?

So here I am again on the subject and this time it’s about one of the downsides of being an outlander. The bad and the ugly altogether.

Yes, folks, living abroad is not only about the initial overbearing and exaggerated nationalism for your native country (or the opposite), or judging and comparing your new surroundings with your former one, or being dazzled (or depressed) about new people and stuff. It’s not about faux-pas or gaining or losing weight… neither asking yourself several times a day “how this people can live like this”, adding a ? or a !, depending on your mood. It’s not only that. Just breath. You’ll eventually get the sitcom jokes. And laugh at them, too! I swear, you’ll be fine.

NOTE TO A FELLOW EXPAT: 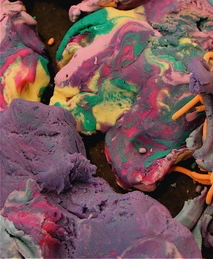 Speaking from experience: time is on your side. Unless you are a robot or live in a cave, you will blend, you will morph in the new culture. You will become something like that blob or ball of playdough made from other colors, resulting in a crazy rainbow implosion. A ball whose color you will never be able to “undo”, to pull apart those remaining original and bright strikes and put back in the pot. That blob/ball, like you, expat, came from different containers, originally had a variety of shapes and colors before becoming something else. The good thing about it? That mixed playdough is the most fun of all, the most played with and it’s never – or one of the last – to be thrown away. Guaranteed. (If you have small kids, check the playdough box and you will find some there).

The bad and the ugly side for me is being away, far far away from my loved ones. Thousand of miles away. Wait, there’s something worse: when someone that lives in that far far away place, that I deeply love and care, dies. He or she, that person that I’m very close to, that I’m always in touch, dies and I’m not there near them. I only know I MUST go back there. ASAP.

A simple description? Your senses are in turmoil. You are emotional but need to be practical or having someone who is next to you, to help you with the logistics. “Where’s my passport?” My documents?” Buying a ticket and packing in a hurry is not a jolly moment but needs to be done. There is no time for trivialities now, nothing really matters at this moment. You try to hold yourself together, the pain is overflowing but people in the flight/train station/bus don’t care. Why should they? It’s your pain. They have their own. You don’t care if your seat is in the last row or first-class or if you’ll sit between two bear-like human beings or if the food is bad. Or maybe you do, which will aggravate even more your agony but like in math, “changing the order of addends does not change the sum”. The result = inconsolable pain. The plane can even fall, for all you care. You are not afraid of anything, the worst has happened. Your job now is to transport your body to the place where you should be and make sure you don’t lose your mind and your heart on the way.

I’ve experienced all sort of “faraway deaths”. They are all sad and unexpected alike, no matter how old or sick the person was. Some of them you can’t attend the funeral for several reasons. Others you know what to expect, nevertheless are still shocking (my dad in a coffin was this kind) and, most recently, the unexpected death (my mom).

I was on my way but I didn’t make it on time to see her alive. Little did I know that it would be another “coffin moment”.

I’ve known similar cases from other expats. It’s like the world is crumbling and dragging you down at the same time. If you are not THERE with your people, doubts emerge, in a delusional hope, that it’s all a big confusion, a misunderstanding. A bad joke you’d take gladly, anytime, if it were only a joke. You just don’t want to believe it’s real and that’s why you have to see to believe your eyes. You start retracing the last images, sounds, feelings, any interaction with the deceased. “When was the last time I spoke with him/her? What did he/she say?” You grasp for those moments eagerly, those casual and unsuspected moments are the only precious tokens of bliss that remains.

It’s confusing. “I spoke with him (my dad) last Saturday and I received a phone call on Tuesday saying he’s dead? That’s not possible! We would see him in two months!” Death at this point is unacceptable, inconvenient, not part of the plan. Your plan.

I saw and talk to my mother via Skype on a Tuesday and I felt something was not right. She was not her usual self. Her eyes, her voice, her gestures… She looked great, and she said everything was fine. Humm… I knew she had just started taking medication to the heart. I’ve had this nagging feeling to see her for a while. “Let’s make it happen next year” my husband had said. Ok.

The next day, after speaking to her on the phone and having the same impression, I bought a ticket. “So, mom, you went to the doctor today?”, “Oh, he ordered some tests… so it’s nothing urgent if you can wait, all right?”

I was on my way regardless. Sensing that it was better not to wait any longer, my aunt and my brother pleaded with her to go to the hospital that same night. “You’ll have to kill me first. I’ll go only tomorrow”, she said defiantly. To avoid any distress, they complied. If you knew my mother, you would do the same and respect her decision. That night, though, she didn’t sleep well with that heart pumping blood way too fast.

In that stale night, while her blood rushed through her veins, my mother poured her heart, vocalizing for the first time an acceptance and conformity to what she feared most of her life: death.

“This isn’t life. I’m too tired all the time now. I don’t like being old anyway, you all know that. I’m afraid of dying but I don’t want to live like this, I’m ready to go to the infinite”.

“You’ll see, we’ll revert this situation, and you’ll be fine”, her sister insisted.

Still, she woke up that day in good spirits. “Today, yes, I’ll go to the hospital.” Calm and composed, as always, she did her makeup, chose her jewelry and even mentioned later on that she had forgotten to wear perfume (that was my mom!). And to the hospital they went to have that wild and uncontrollable heart checked.

The last time my family saw her alive was she was taken to another room in a wheelchair by a nurse. Smiling, she waved and blew a kiss to them. That was it.

At the airport I remembered asking my friend, the bearer of the devastating news: “Are you sure of this?” At the funeral I finally met my mom and gave her all the kisses and said all the words I had on hold for her, almost expecting that her eyes would open miraculously. Shit. It was true.

She couldn’t feel or hear a thing anymore so it didn’t matter how much I tried to “catch up” with her physically. Not that I cared. I did it for me then because I needed to have that, I needed closure to my broken heart. Any kind.

At her funeral all of us, family and friends, said our prayers, sang, told stories and even had some laughs. At some point I realized that something was not right – again. No, she would not leave us, our world, like that. I got some blush and lipstick and with all my love I did what she would have done if she had a chance. I made her serene face even more beautiful. I paid homage to her in that way.

You, my comrade expat, know this already but I’ll repeat: the “going back there” in these circumstances is the longest and most painful journey you will ever have to make to your native land. The dreadful one. The day you leave your hometown and your loved ones behind in search of another adventure life hands you this unsolicited and macabre voucher that, regrettably, will be redeemed one day. Either you decide to use it or not, it’s going to happen. It’s just how life is.

This won’t – and shouldn’t – deter you in any way because you’re in a mission of creating your own path and everyone else is rightfully doing the same. The ones leaving, the ones staying also have their goodbyes and good lucks at hand. Just don’t think about it. You shouldn’t, actually, or you would not go far from your doorstep.

I live where I live by choice. I knew what would be at stake. That’s why I think it’s so important to make yourself present in every way possible to the people you love – regardless where they are but specially for the dearest ones geographically far from you. Please don’t take any minute for granted when you are with them; you might not realize at the time but you just can’t afford to waste any moment. I know, in a weird twist of life, the distance can make people closer but hugging someone you love always beats that. It’s as close as it gets.

On a practical side, expat, do yourself and others a favor: have your documents handy and up to date in case you need to leave immediately. Or in case you decide to go to your hometown “just because”. Just go!

Life is wonderful but it’s also flimsy and unpredictable. What if it’s the other way around? If it’s your turn to cross the River Styx?  Don’t wait for a better opportunity to visit your hometown. You never know and never will if that’s going to happen. 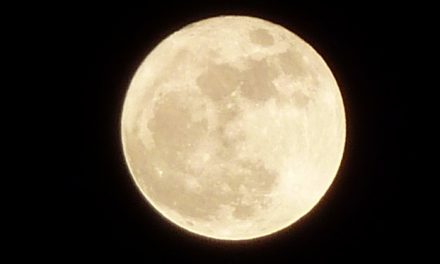 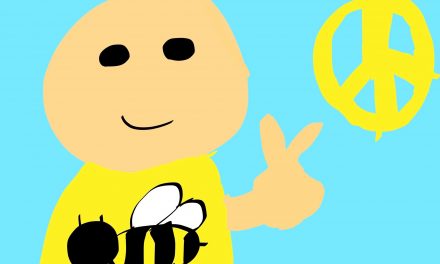 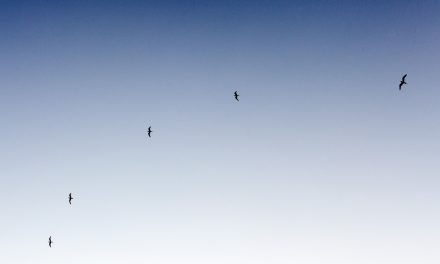 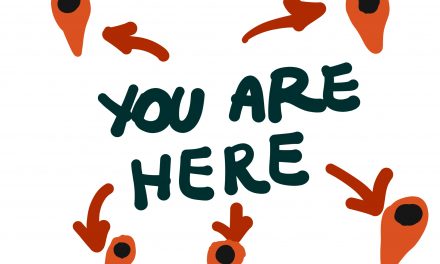