Forget Pumpkin! C Is for Corn. 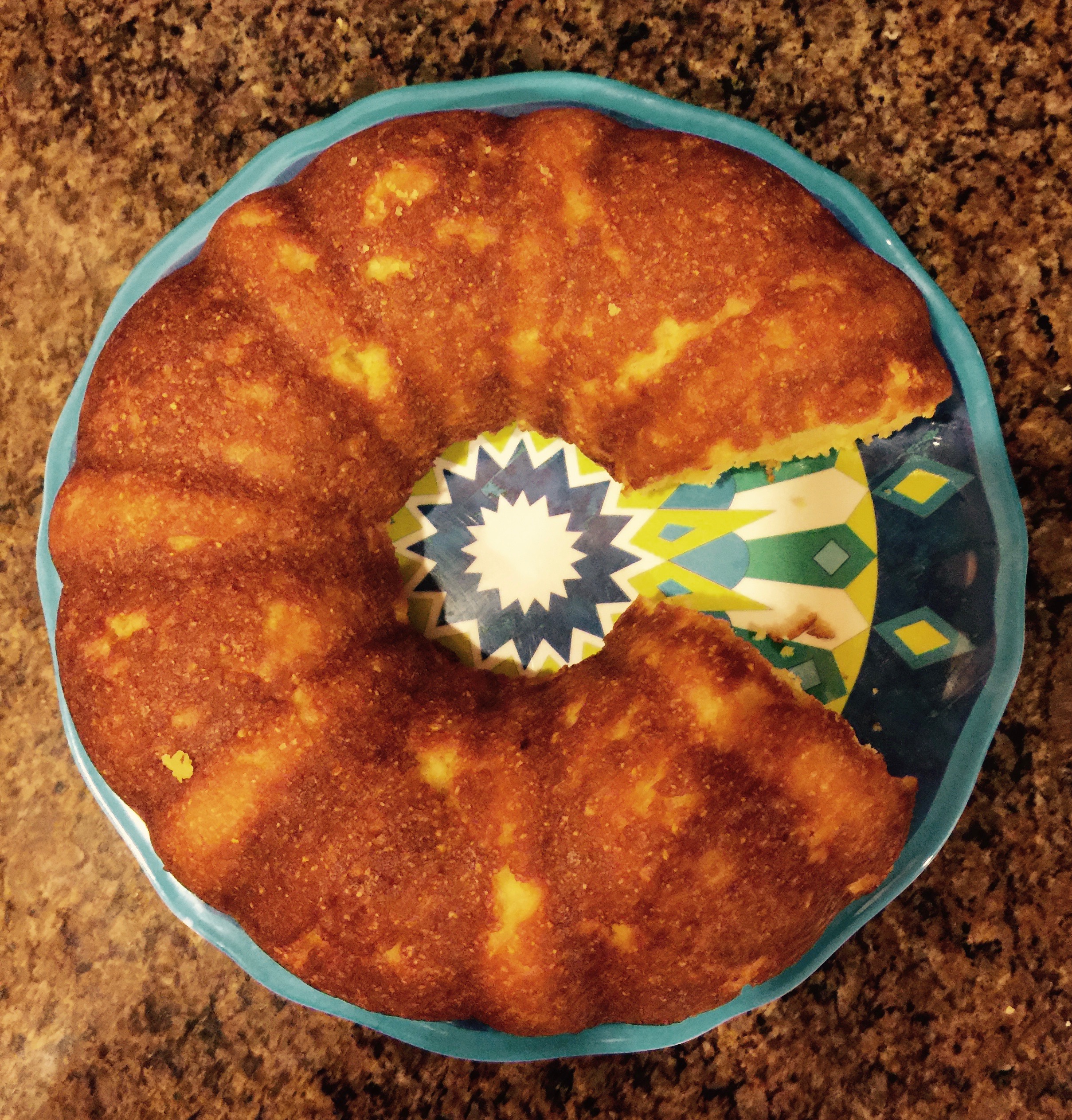 Now that October is just around the corner you are probably aware that the commotion, the frenzy of EVERYTHING PUMPKIN is hitting the shelves of any decent grocery store and cafés, right? So how about something that doesn’t have pumpkin in it, that it’s not pumpkin related? How about CORN? I love pumpkin in every way possible but I sure don’t find any appeal in getting a pumpkin OD anytime soon. Forgive me for not feeling the need to “pumpkinize” stuff that it’s not meant for that (pumpkin flavored dog treats, pumpkin body butter, pumpkin lattes, pumpkin juice…really?) I mean, how much pumpkin is enough?

So just for the sake of change, the savory spotlight in the Bungalow goes to CORN. Why not? Give pumpkin a break! Corn is cool. Corn is delicious! I have a very sought-after recipe of a sweet baked… humm, food that it’s between a cornbread and a cake.

(Hey, hey, HEY, don’t run! Wait a minute, be open minded, ok? Just listen and THEN make a decision. I promise it’s not what you’re thinking.

Look, I understand you. I’m so glad that I didn’t try cornbread when I was fresh in this country. It could have done so much damage to my tethered soul. It would be last straw, it would make me go back to Brazil, crying out loud, looking for what I thought was the real thing. I explain: cornbread looks and tastes like a type of cake made of corn, very common in Brazil. But, unfortunately for me, it’s not.

I found out later that cornbread is salty, you can add other ingredients as cheese, jalapeño,chia seeds… Fine. I just can’t help comparing both and due to my preference for the Brazilian treat, I consider the ol’ American cornbread almost a villain, a joker, a faker… Sorry, I know, this is my problem. The same philosophy could be applied to Pound Cake, or as a dear mom of my best friend (also Brazilian) refers to, “Cake of Nothing”. I disagree on that one but I get the joke, I know why she says that.

Anyway, you can say I shouldn’t compare pumpkins with squashes (just be in the spirit of the season) but as far as corn is concerned, my brain doesn’t make a distinction between the two “breads”. One is “yay!” (the Brazilian one), the other is “nay”. I will reconsider my opinion when I meet a cornbread that makes my tastebuds rejoice. To be fair and truthful, I affirm that cornbread entices me but also deceives me. It reminds me of my cake… But that’s about it.)

Continuing, just look at this recipe as a cornbread that brings more to the table (literally). The next level cornbread, the one that it suffices itself. It doesn’t need to be eaten as a side dish. The cornbread that left the parents’ house, graduated, traveled the world and came back knowing what life is all about.

In Brazil we call it Broa de Milho (Bro-wa de Mee-ly-o) or simply broa. Any bakery, respectable or not, will have it along with the banana bread (another recipient of unfair treatment here in the US, as in Brazil it’s called banana CAKE. The same applies to the cassava CAKE. The breads in the US are upgraded in Brazil to the condition of cakes. Funny, no? That’s why they taste better, I believe. Ok, back to the BROA.

This recipe is my mom’s recipe, one that she already had modified. Less oil, less sugar and some tricks. And then I made more changes. It’s up to you what to do. The results will be good anyway and you can adjust accordingly (as any recipe).

There it goes, you’ll need:

2 cups of yellow cornmeal (pre cooked or not)

1- Turn on some music in any device and pump up the volume. Better cook with some upbeat music, don’t you think?

2- Get a large pan and combine the sugar and the cornmeal in low heat. Mix them up and add the oil. Once it becomes a paste slowly add the milk (but not all at once). Cook and stir until thick and bubbly. 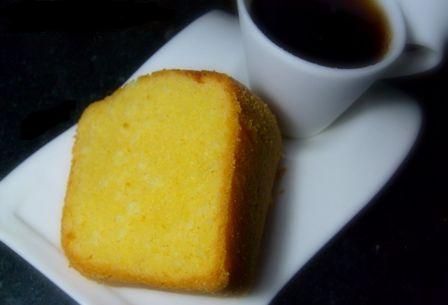 A- Don’t make the mistake of leaving the mixture unattended. No need to check your emails now, for example. It will BURN. You keep stirring until it gets firm (when you see the UNBURNED bottom of the pan).

B- Don’t ever mix the oil with the milk first. The problem is that it will be for a while very “liquid” and the hot oil will splatter ON YOU. Not to mention that the sight of it will discourage you, making you think that it will take hours to thicken. The grub will eventually have a good consistency, it should look like a polenta.

Be creative while you are stirring this mixture! Why not? Just go ahead, for example, and do the so much needed Kegel exercises (if you are a woman) or some butt-squeeze or calves exercises or any other thing that would not distract you from this chore. Follow the music beat. It’s a little bit boring this waiting for the mixture to thicken but it’s worth it, I promise, and who knows, you might get firmer muscles as an extra bonus. Push ups are not recommended.

3- Now, don’t turn on the oven yet but please make sure there is nothing inside it such a forgotten petrified slice of pizza, a tea kettle, another pan, maybe a lost sock.The smell of burning is a good indicator of oven remains but not the best one. Been there, done that (minus the sock).

4- Put aside the pan with the batter, away from the heat to let it cool down a bit. The mixture is firm but manageable, not too watery not too thick and definitely not burned, ok? This is very important.

5- While the batter is cooling down, separate the yolks and egg whites. I have a little gadget that do that, by the way (it’s useful and cute) but you can do the old way, obviously. Just don’t let any drop of water or egg yolk to fall in the egg white container, it’s not going to work if it happens. Take a bowl and an electric beater, clean with no water residue, and start beating the egg whites until the mixture is firm. If-you-turn-the-bowl-upside-down-the-egg-whites-shouldn’t-fall-out kind of firm.

7- Now add the egg yolks into the cooled batter in pan. (Now you figured you couldn’t add the yolks while the batter was hot, right? It would cook them and it would get nasty) The mixture will be a beautiful yellow. Mix it well.

8- It’s time to add the fluffy and firm snow egg whites into the batter. Just stir carefully and kindly with your wooden spoon until it is “creamier”. Keep dancing to the beat or doing your exercises, ok? Don’t be a wimp.

9- Last but not least, sift the baking powder into the batter.

11- Bake for 35-40 minutes. Insert a toothpick or a fork to check the consistency. If it comes out clean, it’s ready.

When it cools down a little bit remove from the pan and let it breath. Enjoy the aroma. Cover it so it doesn’t dry up.  That’s it!

For me, the Broa is perfect with black coffee. My husband likes to spread some jelly on it and my son likes to dip it in milk. I don’t see the point but who cares? Just enjoy it the way you want. After that you might have a catharsis and understand what’s my beef with cornbread. Or not. It’s all good, though, I appreciate you for at least trying. All my love to you. 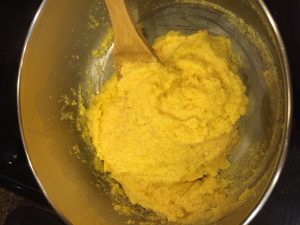 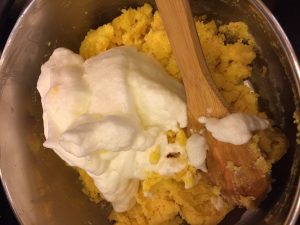 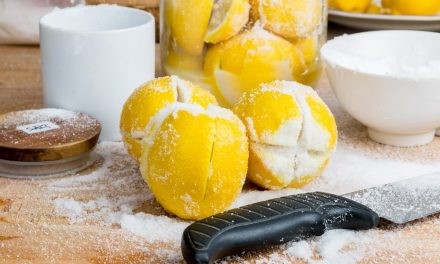 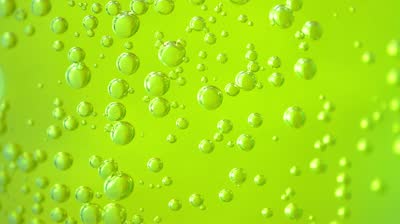